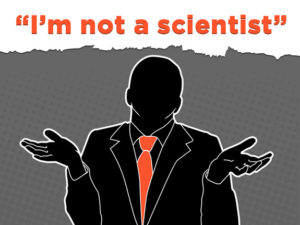 It seems like every day there is a new study published about sex, relationships or (dun dun dun!) the differences between the sexes. Without fail, there is some piece of data that is thrilling or exciting, but usually it’s just playing into what we already think as a culture. Why does this happen? Do we already have sex figured out? Is the status quo of monogamy and patriarchy just built into our DNA? Well… no. The reason this happens is something called confirmation bias.

A friend of mine recently posted a link to a sex study you can read here. In this study they worked with a population in southwestern Guyana, the Makushi. Right from the start they found what they expected:

Unfortunately for us, they believed that simply studying a culture “different” from ours and finding similarities was enough to reinforce their belief that the differences in male and female sexual desires are universal or “built into our psychology.” However, if we take a brief look at Makushi culture, we find that they are historically a polygamous culture where men rule and are able to take multiple wives. While this isn’t common practice anymore, it still gives us an indication of where they are coming from culturally: patriarchy.

Their findings are a result of confirmation bias. Basically, it is a term to describe the tendency of scientists to selectively interpret their findings to support what they already believe. This is especially common in topics that are emotionally charged or deeply-ingrained beliefs.

In the book Sex at Dawn, Cacilda Jetha and Christopher Ryan specifically mention a number of studies where researchers have found matriarchal societies, places where women are the main leaders and property owners. However, the scientists concluded that these groups were actually patriarchal. Why?

Well, it’s because they assumed they would find that all cultures are ultimately ruled by men, a “fact” that is very frequently mentioned in articles on the subject. When they looked at this society ruled by women, they saw men being treated well, men being fed first, and other forms of reverse chivalry, so they concluded that the men are actually the most valued members of society and are, therefore, the top dogs.

The other major pitfall to be aware of with any kind of survey or statistic like “this percentage of men want…” is the quality and size of the sample. In scientific literature there are strict, peer-review requirements that ensure survey samples are as unbiased as possible, but most of the statistics we see today are from magazines like Men’s Health or Cosmopolitan. Usually these surveys are conducted by posing a question (usually on their website) and collecting responses from whoever chooses to respond. This creates a huge problem with the sample for two reasons. 1) The sample isn’t random because the participants all chose to answer. Depending on the survey this can really skew the results, especially if the topic is controversial. 2) The only people who will see the survey are ones who are already on that particular site or reading that magazine. As we know, magazines have specific demographics for marketing purposes and if someone reads a magazine, it probably means they agree with the types of things they say. These two things together lead to survey results that are biased toward confirming the same results they would expect. Then those statistics are treated as something that is objective and true for the whole population, while it may actually only apply to that smaller group of volunteer participants.

What’s important to take away from all of this is that just because a scientist or a study states something, it doesn’t necessarily mean it’s true. This is the case both for articles supporting what we believe and articles against it. When it comes to sex and love, people have an especially hard time challenging all the things they assume are facts. So, in this area, we should be especially mindful of how we interpret the data around us. Let’s challenge ourselves and challenge our culture to do better than that.